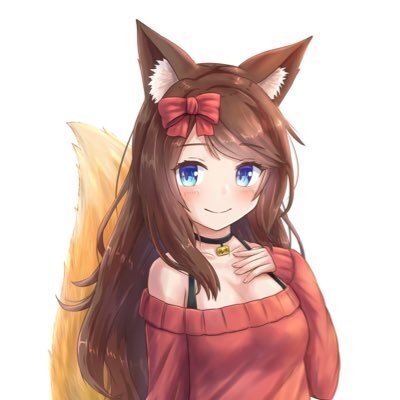 But the fediverse is more like forums in the old days, specific smaller communities, just with the added bonus where you can crosstalk across communities.

I both use Twitter and mastodon, mastodon when I just want to look at what a few friends who are on here are up to. And Twitter for everything else.

Upside of Twitter is both it’s downside in that *everyone* is on it and it’s a somewhat necessary platform as a creator to advertise what you do so that it reaches a bigger audience. The fediverse is the opposite of that.

Will kind of suck for me if Twitter goes to shit. As it’s through it that I’m not like, stuck in unemployment and because of it that I can see some sense of success with Inochi2D.

You don’t go to mastodon to build a brand, you go there to talk to people in communities similar to your own.

It’s also why I’m not much on here. I am very busy building up the brand and making Inochi2D a worthwhile open source solution for vtubers and working on my own vtubing that I need to spend most of my waking hours building my brands.

If I don’t who is going to use Inochi2D, who will watch my streams or tune in to the streams of my fellow group members? Close to nobody.

So, especially for creatives like me. Mastodon is not a viable alternative to Twitter. It’s a completely different thing altogether that does it’s own things great. But does things you need as a creative in terms of brand building poorly.

@Clipsey As someone who's permabanned from Twitter, I have to say that, while I do expect that Mastodon doesn't have to be "Twitter 2", the notion of Mastodon not being a good Twitter alternative kinda sucks, to be honest. I also think brands should have a place on the fediverse, somehow. In fact, I think there are instances that can and do host brands.

@katakislives Federated social media will never be good for that purpose as it goes counter to the ethos behind why they are built. Exactly trying to avoid taking part in the capitalist hellscape we find ourselves in.

@Clipsey So, not that I necessarily oppose this, but am I meant to simply expect non-profits like the FSF to proliferate, instead?

@katakislives what do you mean? What I’m saying is that the fediverse is built in such a way that makes discoverability difficult, and in many instances is done so *on purpose*